Fight over house demolition in Henan

On June 30, authorities demolished the houses of ten villagers on the outskirts of Xinyang, a city in Henan Province. The county housing bureau demolition team, composed of dozens of uniformed workers, produced no documents authorizing them to demolish the houses. The villagers were rousted from their houses and one villager claims he didn't even have a chance to retrieve his clothes. 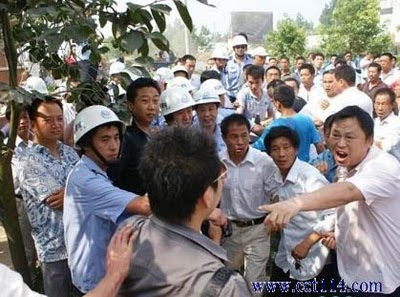 This is an example of low compensation for land discussed on yesterday's post about a new regulation on land compensation.

The villagers were unhappy because authorities were paying them only 41 yuan per square meter in compensation. One man named Yi claimed that this amount is the standard from ten years earlier. He said he's getting 10,000 yuan ($1,464) for his 400 square-meter house, but prices have gone up a lot since ten years ago.

The situation reveals the vulnerabilities of poor people when laws and regulation are ambiguous and property rights not strictly defined. The villager named Yi Yongyong showed the reporter documents establishing his rights to the property. The land use certificate, dating from 1992 and stamped by the provincial peoples government, actually bore the name of his two younger brothers, not his own name. It specified an area for house construction of 232 square meters, but Mr. Yi claimed he was compensated for 400 square meters. 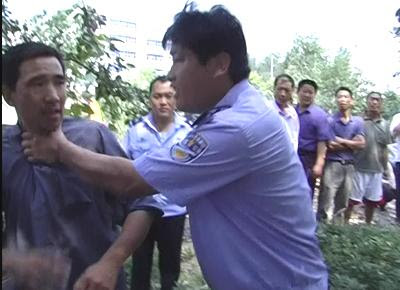 A demolition team worker fights with a villager.

The demolition team could not produce any documents or administrative orders authorizing them to demolish the houses, and one team member told the reporter they actually didn't know whether there were any such documents. They were told to go see the housing bureau's demolition office if there were any problems.

Mr. Yi, the aggrieved villager, went to the demolition office to show his certificates. The worker there said it was an unclear situation. He said his office was not responsible for demolition procedures or land use certificates.

On July 13, the Ministry of Land Resources issued a “Notice on advancing work on requisitioned land management” which said all local areas should strictly follow all procedures and give notice before demolition. It also requires that each place must set up a mechanism for adjusting the land compensation standard every 2-to-3 years according to economic development level and local per capita income.

This didn't help the villagers in Xinyang. The reporter said the houses had been leveled, dust filled the air, and an excavator was still at work when he got there. Demolition team members were scuffling with irate villagers. They tried to prevent the reporter from conducting interviews and blocked him from taking photos.

One 80-year-old man was livid about being forced out of the house his grandfather had built. He said he was homeless and would have to go live in a cave. 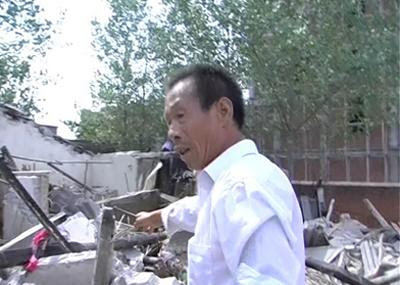 A villager points to his demolished house
Posted by dimsums at 7:31 PM