The endorsement came as part of a speech on agricultural issues he gave in December 2013 that was not previously released to the public. He began the speech by relating his personal experience of hunger. He recounted how he himself went hungry during the "three years of natural disaster." As a primary school student he often had nothing to eat but soup. Later, when he was sent to the countryside as a young man during the cultural revolution he was often hungry, going for months without a taste of meat or a drop of cooking oil.

Xi's speech had a familiar theme of self-reliance and restoring China to a strong position in the world. If China has a food problem, "No one can save us," said Xi. He warned that China cannot buy enough food from the international market for even half a year, and China must not beg. Therefore, China's food bowl must be filled mainly with its own grain, said Xi.

Having established the necessity of self-reliance, Xi endorsed genetic modification of crops. Xi acknowledged that it's normal to be worried about a new technology, addressing public discomfort about GMOs.  Xi described genetic modification as both a new technology and a commercial opportunity in which China must not be left behind. China must be bold in innovative research while being careful in commercialization. Xi warned that big foreign companies must not be allowed to control the market for genetically modified crops. Xi insisted that China must occupy the commanding heights in this industry. 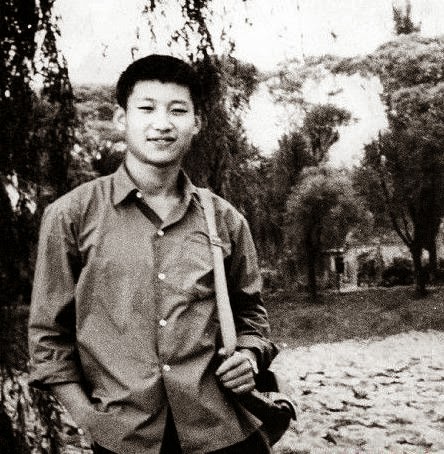 Photo supplied by Farmers Daily shows Xi Jinping as a young man in the countryside.
Does he look hungry?

Most of the speech's themes have been incorporated into the party line this year. It has often been repeated that Xi identified food security as a number one priority at last year's rural work conference where this speech was given. Comments by agricultural officials have repeated Xi's message of taking a leading role in research while strictly regulating approvals. The speech's release gives the public an endorsement of GMO technology in Xi's own words. Does the public trust Xi enough to go along with his endorsement?

Great post. This article is really very interesting and effective. I think its must be helpful for us. Thanks for your nice post.
social exchange sites

Nice post. I'm working on a story about Gmo technology in China and it would be great to have your opinion.

Do you think you can email me at eugeniocau at gmail dot com?

I was about to say something on this topic. But now i can see that everything on this topic is very amazing and mind blowing, so i have nothing to say here. I am just going through all the topics and being appreciated. Thanks for sharing.