Typhoon Bolaven changed to a tropical storm and brought high winds and heavy rain to Jilin and Heilongjiang Provinces on August 28 and 29. The path of the storm is shown in the Chinese weather map below. 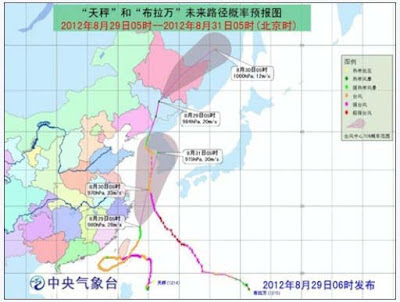 The storm flattened large areas of the corn crop in the two provinces. A report on the storm's impact on corn quotes farmers in various parts of Jilin and Heilongjiang Provinces who report large areas of corn are completely flattened with no stalks left standing. Farmers' estimates of the impact of the storm on corn production in their areas range from 30 percent to 50 percent. We'll probably never know the true impact since Chinese authorities are on pins and needles worrying about food price inflation and unlikely to admit that the storm will affect the corn harvest.
Some photos of corn fields in Jilin and Heilongjiang Provinces from Chinese news sites: 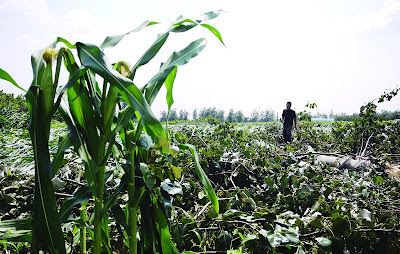 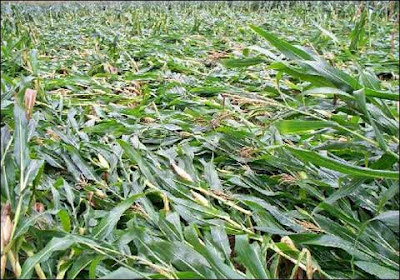 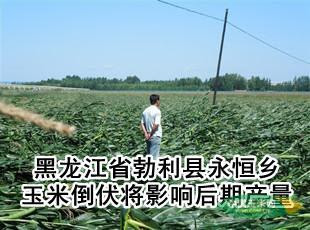