Serve the Companies! Communist as Broker

This is not your father's communist party. The slogan of Chinese Communist Party (CCP) members used to be, "Serve the People." Today's CCP has adopted a new mantra of "service," but today's motto in money-obsessed China for party members would be closer to, "Serve the Companies."

I came across a report on "Optimal Service Measures for Boosting Enterprise Development" from the statistics bureau in Xigang, a town of 131,000 people and 64 villages in Zaozhuang Prefecture in southern Shandong Province. The town has 104 party branches with over 2000 members. The town was a "peoples commune" from 1958 to 1984, and it still has a lot of agriculture, but coal-mining is the major industry. 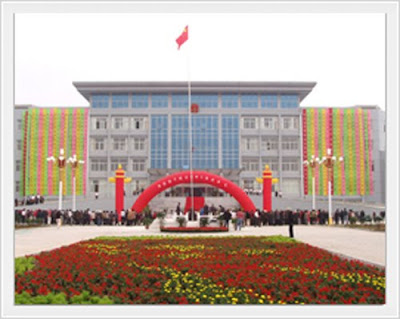 The report portrays the unique role that the communist party has carved out for itself in 21st-century China: a team of management consultants and brokers who orchestrate the development of the economy by planning, organizing, pushing and pulling levers to construct what they hope will be a flourishing economy.

The report sounds like it might have been torn out of an MBA textbook (It might have been). The party is to play a guiding role in economic development, selecting industries appropriate for the local economy, setting up the entire industry chain--raw materials, suppliers, manufacturers, sales channels--and organizing and coordinating it all.

The party emphasizes its "project leadership." The party and government have organized leadership groups for each of 19 local projects. They periodically hold meetings where they hear about problems, coordinate, and troubleshoot.

Party leaders coordinate "resource integration." Leaders assess the available resources and identify industries that can take advantage of them. They establish "industry incubators" and promote entire industry chains. They bring together industry associations and cooperatives.

Party sloganeering about "thought," "study," "vigorous economic construction" seems to be a euphemism for re-programming party officials and the bureaucracy to become servants of industry. They use distance education to train party members on how to facilitate economic development.

Party leaders act as roving management consultants, making "survey visits" to companies for inspections and to give advice. These visits can be crack-downs on safety, pollution, or "coordinating solutions to financial problems" (telling the banks to lend money to the company). The party transmits policies, information, propaganda and guidance.

In its view, the party, government, and business are intertwined. The party sees itself as an indispensable organizer and broker that orchestrates the economy's development in an orderly and easy-to-control manner. The underlying assumption is that a central all-knowing organizer is necessary to prevent society from descending into chaos.

Is this intertwining of party, government, and business the wave of the future with China's ascendance on the world stage (now that the financial crisis has discredited the free market)? There are probably many in Washington and Brussels who would like it to be, and that's a little scary.
Posted by dimsums at 7:26 PM