An article from Daily Economic News gives us a glimpse of the vicious competition in Chinese industry and how China's attempts to stimulate rural demand and "go green" play out in actuality. A whiff of cash draws Chinese entrepreneurs out of the woodwork. Before you know it, heated (no pun intended) competition drives prices down and profits disappear.

The article focuses on solar-powered water heaters. These are metal tanks with a series of tubes that sit on the roof of a building to heat up water for household use. They are popular in villages and in cities among folks who want to lower their electricity bills. And, of course, they are a sign that China is a "green" energy-saving country. 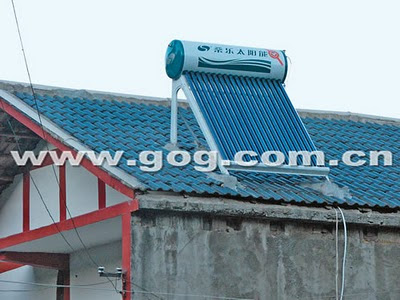 An ad for solar-powered water heaters aimed at villagers in Guizhou Province.

The article reveals that this flourishing market has attracted over 6000 companies making low-tech products, often with low-quality materials. With so many companies making similar products, it's hard to distinguish among brands, so companies have to engage in price wars to move their products. With prices scraping bottom, profits have vanished and many are quitting the industry.

The article takes the reader to a small street in Laohekou, a small city in northern Hubei Province. A sign on the second floor of a small building advertises "Fei yang" (flying sun) solar-powered water heaters. The small company's glum proprietor, Chen Yang, tells the reporter that the company has already shut down, less than 2 years after starting up.

Solar-powered water heaters work on a relatively simple principle, utilizing heat from the sun to raise the temperature of water. According to the article you can get into the business easily with a 10,000-yuan ($1400) investment in equipment and 3-to-5 people, "although the quality may not be that good." The low threshold for entering the industry allowed lots of companies to enter, and many of the workshop-style businesses were like “contract shoe manufacturers.”

As in many other industries in China, small companies churn out generic products and rely on price-cutting to compete. Many small companies churn out poor quality products. According to the article, "Some solar water heaters leak, don’t hold water, have weak pressure, or other quality problems. The reporter understands that there is a high rate of complaints, with some consumers complaining their units start leaking within a week after buying them."

The industry is described as a "mixed bag" ("dragons and fish"). It includes big companies like Haier [added June 13: I noticed Yingli Green Energy, another "dragon" company selling solar energy equipment based in Baoding, Hebei Province, had prominent advertising on the field sign boards in this weekend's World Cup soccer games], but 80% of the companies are "fish"--medium and small businesses. There are 171 companies on the list approved to sell in the "down to the countryside" subsidy program. Thousands are not even registered with commercial bureaus. There is no licensing and no strong third-party certification. The industry association formulated a standard, but there is no national government standard. 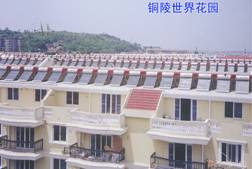 In the Laohekou City “Solar Energy Contract Production Base” the reporter saw a workshop of less than 40 square meters with all kinds of solar-powered water heaters in various states of assembly. A couple of simple machines were in the middle of the floor. Outside there were several pieces of equipment with the company’s emblem ready for sale. The company makes solar water heaters according to the specifications of various customers.

The reporter noticed that these solar water heaters had no production date, nor the name of the factory. There was no quality certification, just a name to distinguish it from other brands. The base price is 180 yuan and it’s lower if you buy in quantity.

Solar energy companies have increased in number at an alarming rate. Nationally production is increasing by 30% each year. In one city, Yixing in Zhejiang, there are over 300 solar heating companies. 100 new production lines for collector tubes were added. Even in a small city like Laohekou, there are 7 or 8 companies. One company, Huangming Solar Energy Corporation LLC, expanded its production area to equal the entire capacity in Europe and twice that in North America.

The article reports, "Solar electricity generation accounts for less than 2% of power, far behind developed countries."

The article continues, "Most companies only can enter the low-threshold, low-tech equipment market, building up capacity with thousands of companies crowded in a small space."

An industry official said, “Actually, it would be a good thing for these small companies to shut down.” 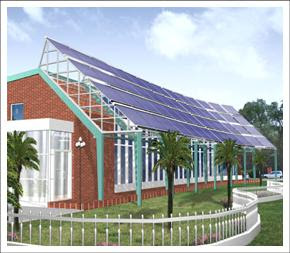 What China would like to have more of.
Posted by dimsums at 8:30 PM

Thought I would leave my first comment. I do not know what to say except that I have enjoyed reading. Nice blog, I will continue to visit this blog very often. Solar water heater

I agree with you, awesome Your post is highly informative and interesting, thanks for sharing this valuable information. Solar water heater

You made certain nice points there. I did a search on the issue and found mainly folks will agree with your blog. solar water heater system

I appreciated your post. One of the easiest ways that you can incorporate the principles of green living into your everyday life is by installing a solar water heating at your home is really useful.

Hi! nice post. Well what can I say is that these is an interesting and very informative topic. Thanks for sharing. solar panels for schools

Just bear in mind that you will need enough space for the cold and hot water tanks and that you can’t heat water on demand like you can with a combi boiler.

anyone can invest in solar water heater..

this is awesome thanks for share. Check for these
heaters/a>

Great information clear in details
if someone here looking for solar installation in in las vegas or arizona, check links below
Solar Arizona
Solar Las Vegas

Electric water heater is best for ovens as it gives nice even heating while gas is better for cooking. Gas has an automatic pilot light a safety valve control device that can be retrofitted between the gas inlet pipe and the catch base. For me, the ideal combination is a built-in electric wall oven and a gas cooktop.