Years of excessive chemical fertilizer use have reduced the productivity of rice paddies in many parts of Hubei Province, according to a news report from China's official broadcasting service.

Mr. Song, a Hubei rice producer who has contracted 1650 mu (272 acres) of land, says yields have been declining and he now plans to leave a lot of his land fallow or plant other crops on his rented fields. Describing a kind of treadmill process, he says his chemical fertilizer application has doubled but yields are about the same as a decade ago. According to the article, this phenomenon of declining yields and land left idle is common all over Hubei Province, one of China's leading rice-producing areas.

An agricultural technician explained that the lower yields are due to the compaction of the soil. After many years of applying chemical fertilizer, a 20-cm. layer of fertilizer has built up. Oxygen cannot penetrate below the surface. The soil is difficult to plow, whether using water buffalo or mechanical equipment. With acidification and compaction of the soil, microbes, earthworms and other beneficial organisms disappeared.

The technician highlighted a related phenomenon: escalating application of pesticide prompted by increasing pest populations, resistance to pesticide, and promotion by chemical dealers.

Agricultural technicians estimate that only a third of chemical fertilizer applied to the land is absorbed by crops. It is estimated that half of pesticide sprayed on crops pollutes groundwater, streams, rivers, and lakes, and remains as residue on crops when they are harvested.

True to form, Chinese officialdom is highlighting a serious problem that was covered up until it became too serious to ignore. Now that they have concocted a plan to deal with the problem, it has become part of the official propaganda stream.

Earlier this year the State Council endorsed a sustainable agricultural development plan which called for capping use of chemical fertilizer and pesticides, controlling the volume of water used in agriculture, making more efficient use of plastic mulch, and returning crop straw and manure to the soil to raise the level of organic matter.

The Ministry of Agriculture set a goal of achieving zero growth in chemical fertilizer and pesticide use by 2020, a goal incorporated in the schizophrenic "National Agricultural Sustainable Development Plan (2015-2030)" released last week which calls for environmentally friendly agricultural practices and conservation of irrigation water but also emphasizes raising productivity to "keep the Chinese peoples' rice bowl firmly in their own hands," calls for preventing any reduction of cropland, and plans to grow more crops in the arid, environmentally-fragile northwestern regions.

This year's catalog of 50 agricultural policies featured programs aimed at addressing the problems of excess fertilizer use and declining soil fertility.

A new initiative to experiment with "green production increase" methods (绿色增产模式) was advocated in the 2015 "Number one document" and the policy catalog. Hubei Province is one of four provinces targeted for this experiment which calls for producing three crops a year: rapeseed in the spring, followed by a summer rice crop and a fall rice crop. This program exemplifies the schizophrenia: it aims to extract even more produce from the soil by raising three crops a year on the same land, choosing varieties that mature early, planting rapeseed stalks closer together, and using special machines. It's unclear what's  "green"--presumably ploughing crop straw back into the soil to increase organic matter instead of burning it after harvest. 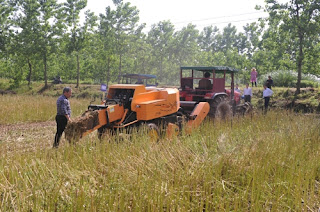 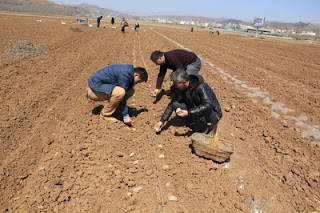 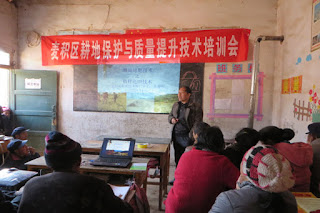 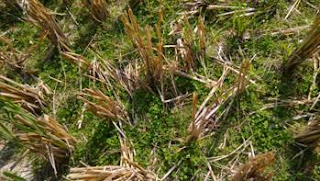 This year, preparations will be made for a pilot program to protect "black soil" in China's four northeastern provinces.

The policy catalog included measures to support zero-growth in chemical fertilizer and pesticide. A 3-million-yuan allocation of funds will support demonstration projects in five provinces that will grow corn using slow-release fertilizer and plastic mulch. A pilot program to use low-toxicity pesticides on vegetables, fruit, and tea in 48 counties will be continued with funding of 9.96 million yuan.

China promises to explore a number of programs to deal with pollution problems. These include launching pilot programs to deal with cropland polluted with heavy metals and a series of initiatives to reduce pollution of watersheds and lakes from agricultural chemicals, waste plastic used in farming, and smoke from burning straw. A compensation system to control agricultural pollution will consider ways to subsidize farmers who use low-toxicity pesticides.

There is no discussion of eliminating subsidies for chemical fertilizers. The biggest agricultural program in the 2015 catalog--with expenditure of 107 billion yuan ($17 billion)--is the general input subsidy that gives a payment to every grain farmer to offset any increase in input prices--mainly to protect farmers from increases in the cost of chemical fertilizer. This policy has been in place since 2006 and is the largest single subsidy to Chinese farmers. It followed many years of subsidizing the chemical fertilizer industry and controlling prices to promote chemical fertilizer use.

Bottom line: China is creating a raft of new subsidies to correct a big problem created by decades of subsidies that induced farmers to use too much fertilizer. 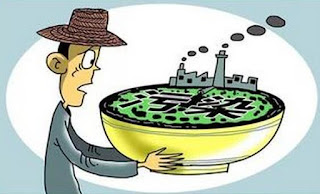 I wanted to thank you for this great read!! I definitely enjoying every little bit of it I have you bookmarked to check out new stuff you post. Bed Liner

Excellent information on your blog, thank you for taking the time to share with us. Amazing insight you have on this, it's nice to find a website that details so much information about different artists. aluminum work platform manufacturer

hey! You blog is really helpful and provide a lot of good and interesting information. But do your know the modern farming tips and trick. Visit my pictures of aquaponics systems for further detail. thanks