During 2014, Chinese customs authorities have been engaged in a "green wind" crackdown on smuggling of agricultural products. Authorities claim successes but new publicity includes warnings that the smuggling is a threat to food security, suggesting that they remain concerned. 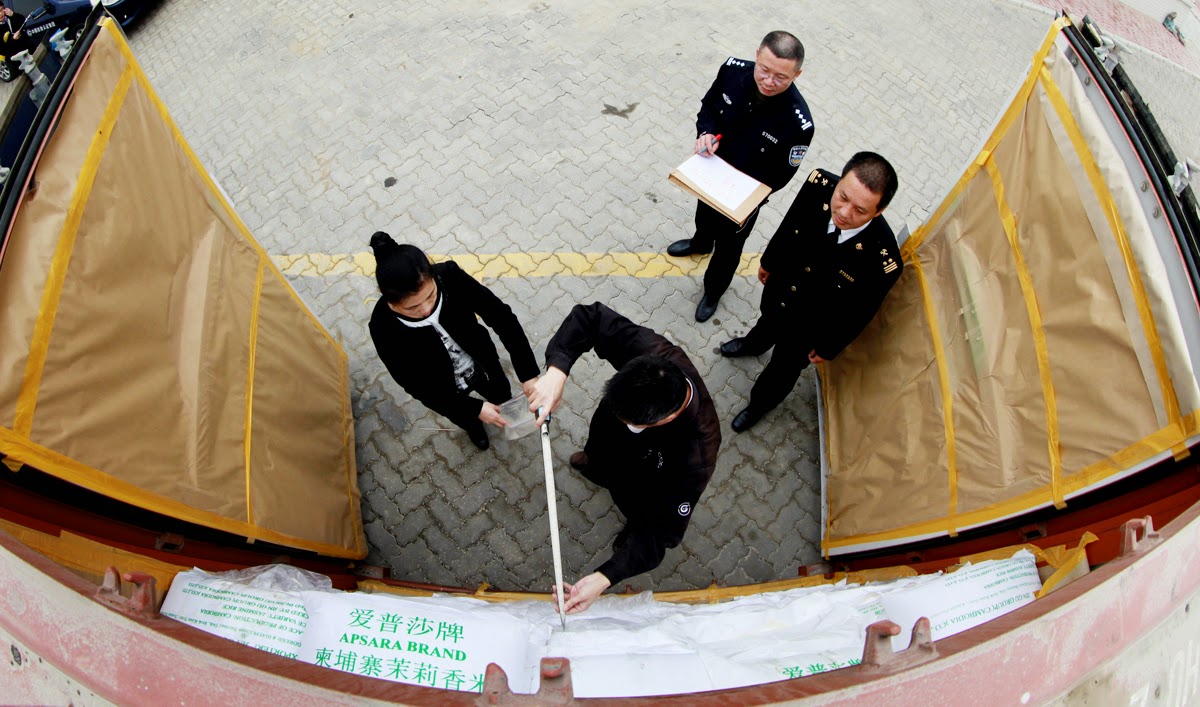 In April this year, this blog reported on the "green wind" campaign against smuggling of agricultural products. In July, customs authorities launched a new publicity campaign that mostly warns about the seriousness of rice-smuggling along the border with Southeast Asian countries, linking it to food security and "pressure" on domestic industry.

According to Legal Daily, the aggressive crackdown on smuggling in Guangxi Autonomous Region has pushed the smuggling trade to Yunnan Province. The Kunming customs authorities say they recently broke up two smuggling rings that have illegally brought in 60,000 metric tons of rice and corn this year. 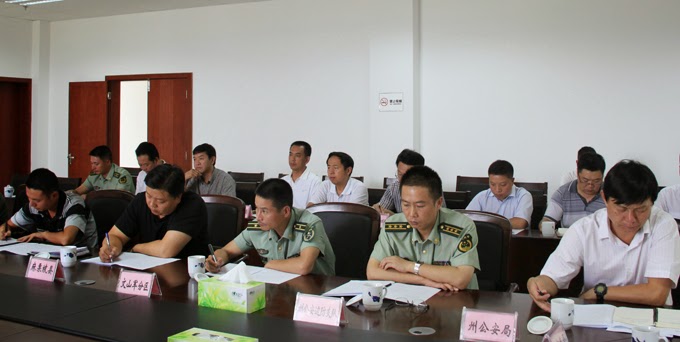 Customs enforcers describe the smugglers as "ants" that bring in small loads of 12 to 16 metric tons of rice late at night. The smugglers keep tabs on the whereabouts of customs officials and checkpoints to avoid being apprehended.

Officials say rice is first brought from Vietnam to Qujing City, northeast of Kunming (incidentally, this is also the site of the deadly earthquake this week). From there it is shipped by rail to Sichuan and Hubei Provinces for sale. 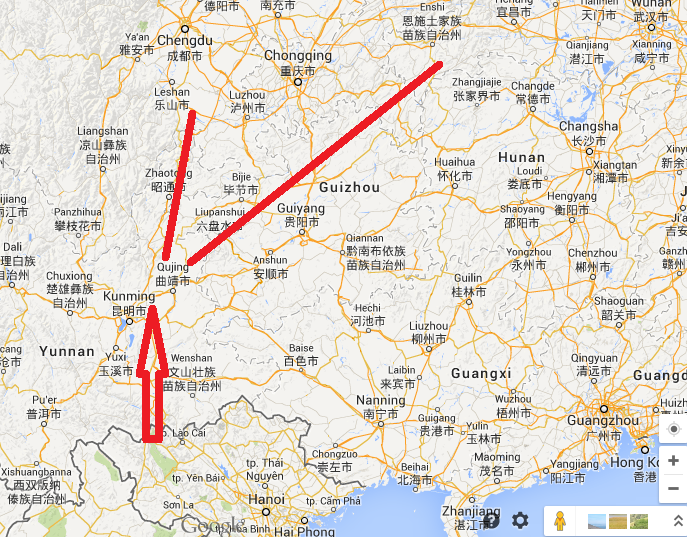 The smuggled Vietnamese rice is said to have a similar color and flavor to Chinese fragrant rice, but it is about 30 percent cheaper. However, the authorities also warn readers that moisture from improper storage turns the rice a yellow-green color or can become black with mold. Smuggled rice is either sold to noodle processors or mills, processed and sold, or mixed with domestic rice.

Smuggling appears to be a food security threat regardless of whether it's coming in or going out. At the northern end of the country, the "green wind" campaign is catching smugglers taking grain OUT of the country. Grain prices in Mongolia are said to be three times higher than in China, causing "serious" smuggling along Inner Mongolia's vast border. In Heilongjiang, traders without an export license illegally shipped corn to a pig farm in Russia.

I'm a researcher with the Live Rice Index in the UK (www.livericeindex.com). We research and write reports on the global rice trade. I've just stumbled across your blog, and it is great stuff. It's generally so hard to get good information on what is happening in China, so thank you so much for writing this. I'd really like to talk to you if at all possible, my e-mail is peter@livericeindex.com.