Chinese authorities are obsessed with stockpiling commodities to "stabilize" markets. However, their auctions of 2-to-3-year-old imported corn during July reveal their bad sense of timing: they imported corn during years of high prices and are selling it when global prices are low. This misjudgment is costing the Chinese treasury -- and corn users -- hundreds of millions, perhaps billions of dollars.

During July 2014, Chinese grain officials auctioned a total of 2 million metric tons of imported U.S. corn. Demand for the corn was strong because there is no other source of U.S. corn due to the ban on a genetically-modified variety (MIR 162) that China's Ministry of Agriculture has not gotten around to approving. Another 500,000 metric tons of imported corn was due to be auctioned today.

China imported corn during years of high prices in 2011-12 and sold it during 2014, a year of low global prices. China does have tight corn supplies now but the shortage is artificially created by storing much of the domestic supply in reserves and banning most imports this year.

The July auctions of  2011 imported corn sold to Chinese purchasers at an average price of RMB 2,204 per metric ton. That's about 4-percent higher than the average cost of imported corn in 2011 (RMB 2,119 per metric ton). That does not appear to even cover the interest cost. There should also be a 13-percent value-added tax due when the reserve corn is sold. The 2012-imported corn was only slightly better, selling at 7 percent above the estimated purchase cost.

The loss is actually much bigger since the corn could have been imported this year at much lower price. The price of U.S. corn plummeted when the drought in the Midwest U.S. eased last year, so lots of cheap corn is available on the global market. For example, South Korea has imported 2.5 mmt of U.S. corn so far this year at an estimated cost equal to RMB 1780 per metric ton. According to a calculation by the Dalian Futures Exchange, the theoretical cost of importing U.S. corn into China is RMB 1771 per metric ton, 14 percent less than the average cost of the 2011-12 imported corn.

If China's reserve-management geniuses had imported the corn this year instead of during 2011-12, they could have saved RMB 287 ($56) per metric ton. Importing 2 million metric tons of corn during a year of high prices cost them RMB 574 million ($93 million) extra.

The cost is even higher if one considers the larger quantities of domestic corn being auctioned. Yesterday, Chinese authorities tried to auction 2.7 mmt of corn from Heilongjiang but only 21 percent of the corn found buyers. The price averaged about RMB 2,200 per metric ton, 24 percent above the theoretical cost of imported corn. That price was equal to about $9 per bushel, more than twice what U.S. feed mills are paying for corn now. 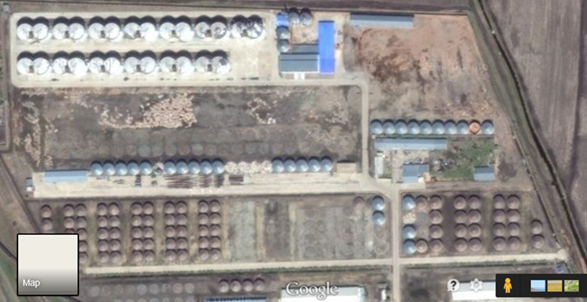 No one has apparently raised concerns that the imported corn auctioned now contains the forbidden MIR 162 corn variety. It was approved in the United States in April 2010 and was marketed to U.S. farmers beginning in 2011. Chinese quarantine authorities did not bother to stop any shipments containing MIR 162 until November 2013. The imported corn held in reserves since 2011 and 2012 being auctioned now in China probably contains the banned variety that is shutting down imports. If Chinese authorities were consistent and also banned this reserve corn, they would take an even bigger loss. So maybe they are once again just looking the other way as banned corn enters the market.

The idea that stockpiles can be managed to stabilize prices is predicated on the assumption that government bureaucrats can outguess "the market" on where prices will go. The bad timing of Chinese grain reserve managers shows that this assumption is false.
Posted by dimsums at 11:05 PM