How Melamine Got into Candy Last Year

Police in Shaanxi Province have announced the results of their investigation of how some melamine-tainted milk powder spread across the country last year. They have jailed three suspects (a fourth had a heart attack) and claim to have destroyed the powder that they tracked down. Some powder was sold to consumers in Shaanxi in 2008 and some candy made last year with tainted powder in southern China has been recalled.

The Public Security Bureau of Shaanxi Province held a press conference in Weinan, a northwestern region of China, to announce the results of the investigation (and reassure the public). They laid out a complex trail of purchases and sales that originated in Weinan, led to candy factories in southern China and ultimately to stores in northeastern provinces.

The chain of events started with 30 tons of milk powder produced by the Lihua dairy company in Dali county between April and August 2008.
-They sold 20 tons to an individual named Ma Shuanglin. Authorities found that Lihua's records failed to include this sale.
-Another 3.4 tons were sold locally through retail channels, and another 6.6 tons remained in inventory and supposedly were destroyed in Janury 2009.

Ma Shuanglin sold 10 tons of tainted milk powder to the Lekang Dairy Co. in Weinan a year later, during September-October 2009 (no explanation of what happened to the other 10 tons). The Lekang manager instructed the production manager to mix the powder with other powder at a ratio of 1:2.5 to produce 32.5 tons of milk powder.

Lekang sold 28 tons of this powder to Longxin Food Co. in Guangdong Province. 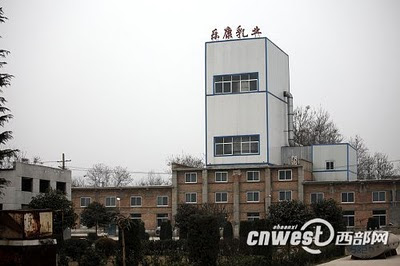 Longxin Co. then sold 25 tons to Xiangcheng Nanfang Co. in Fujian Province (Zhangzhou City). It sells products all over China.
Xiangcheng Nanfang produces milk-based candy under the "Little White Mouse" brand (presumably an imitation of the famous "white rabbit" candy).
The company:
-used 10.4 tons to produce candy which reportedly contained 0.8 tons of melamine.
-sold 3 tons to Zhenmei Co. in Guangdong which used 1.1 tons to make candy and still had 1.9 tons of powder in inventory.
-still had 14.6 tons of powder in inventory.

Mr. Ma and two managers from Lekang are under arrest. A sales manager of Lekang is reported to have serious hear problems and is out on bail. The public security bureau attests to its resolve to protect peoples' health, preserve food safety, and crack down hard on criminals who create food hazards.

According to another article, more than 50% of the problem candy produced by Xiangcheng Nanfang Co. was sold to the northeastern provinces of Liaoning, Jilin, and Heilongjiang and is now being recalled. It is reported that 300-400 cases were sold and have probably already been purchased by consumers. The candy produced by Zhenmei in Guangdong has been recalled.

An electronic bulletin board entry asks, "How will the company compensate consumers who already bought the candy?" "Why is the product called 'White Mouse'--can consumers be used as laboratory mice?"
Posted by dimsums at 8:47 AM