The Ministry of Agriculture is organizing survey teams of officials who will fan out into villages to drum up enthusiasm among farmers for planting crops, give them guidance, find out about new problems, trends and innovations and report back about farmers' concerns and requests. The survey team campaign is not new (there was a similar campaign last year) but the motivation seems to reflect persistent worries that grain production is not keeping up with demand. Officials want to boost production to head off rises in grain prices. Another motivation seems to be an urgency to head off rural unrest by disseminating propaganda about government policies and gathering intelligence on what's happening in the countryside.

According to the Ministry of Agriculture's web site, the "hundred township, 10,000-farmer survey team" (百乡万户调查组) campaign will organized 123 officials and technicians into 30 teams that will spend a month visiting farmers in their homes in 27 provinces. A training meeting was held on February 7 where the Minister of Agriculture Han Changfu commanded officials to do a good job and take the task seriously. Officials are commanded to go to see "first line" production at the basic level to learn the actual situation in the fields and mobilize, allocate and deploy resources to ensure that grain production increases steadily.

The Farmers Daily says the spring is the critical period for ensuring the year's grain production. It is necessary to win this "first battle" to restore the confidence of society, reduce inflationary pressure and stabilize grain production.

The Farmers Daily explains that teams are to have four types of members:


According to the Ministry of Agriculture's publicity office, a survey team will spend a month in Ningxia investigating four villages in two counties. They will stay overnight in villages, eat there and visit 400 rural households. They will carry out special investigations of a national-level modern crop production base, the potato industry and dryland farming projects. 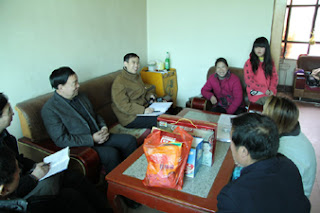 On February 11 the team visited villages in Linze County where they learned about implementation of agricultural policies, implementation of rural land contract rights, income and employment of rural people, a model for producing seed by integrating farmers and companies, payments for seed, exchange of land contract rights, and they learned about problems and difficulties. 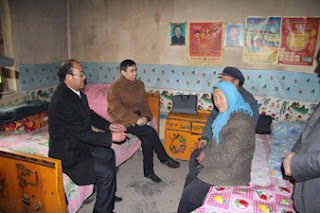