A researcher from China's National Weather Center warns that low precipitation this spring could affect crop production in some parts of China. 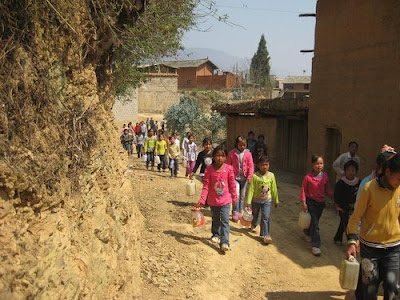 The most serious drought situation is in parts of Yunnan and Sichuan provinces in southwest China. There has been serious drought in this area for three years and dry conditions persist this year. Many reservoirs in the region are dry. According to a news report, 3 million people and 1.6 million livestock in the region are affected to varying degrees by lack of drinking water.

Nationwide precipitation is expected to be low during March-May. Concerns about drought conditions are focused on regions in northeastern China (Inner Mongolia is singled out), north China (the Huang-Huai River region, including Hebei Province), and the Yangtze-Han-River plain (central Hubei Province). The dry conditions come at a critical growing period for the winter wheat crop and dryness could affect spring ploughing and seeding as well. Relatively warm weather has thawed the ground, causing moisture to evaporate from teh soil. Recall that last year there were serious drought conditions in wheat-growing regions until January but there was little effect on the wheat crop since rains came in subsequent months. This year's drought is expected to continue into these critical months. 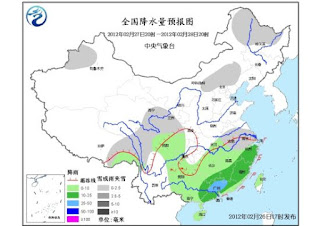