China's leaders want to create modern scaled-up farms but they also want to keep peasants permanently tethered to their tiny plots of land through "collective" ownership. This system is portrayed as a security blanket for the rural population, but its real purpose is to prevent the peasants from causing trouble in cities. While leaders fret over "hollow villages" and idle farmland, these phenomena are the intended outcomes of official policy that calls for maintaining rural cubbyholes to stash peasants out of sight when things get tough.
This year's "Document Number One" on rural policy proclaims the great historical significance of "decisive victory" in the war on rural poverty, then declares a massive rural construction project to create a livable, modern, scenic countryside during the next 5-year plan. The document obsesses on seeds and land zoning to maintain "food security," and it calls for "green" measures to correct the ravaging of soil, grassland, and water resources resulting from the last 35 years of food security policies. At paragraph 21, the document discusses "deeper reform" ordered up by Xi Jinping which means that agricultural land and the nation's vast peasantry will remain handcuffed together indefinitely under opaque collective ownership.

In his comments on the "land issue" in an interview explaining China's "Document Number One," Agriculture Minister Tang Renjian proclaimed that land for agriculture and rural residences "cannot be transferred or disposed of like other assets." Tang emphasized that rural land plays a necessary role in ensuring food security, guaranteeing supply of agricultural products, and providing security for rural people. The real "security," however, is for the communist party rulers.

Minister Tang explained "stability" is the objective of collective land ownership. Tang noted that "over 30 million" rural migrants were left jobless at the peak of the COVID-19 pandemic last year. Yet the "overall situation remained stable," he said, because displaced migrants still had plots of land and houses in the countryside they could return to. Thus, the countryside plays a role as a "reservoir" (for rural labor) and as a "tool for stabilization," according to Minister Tang. What Tang meant to say was that Chinese cities had no encampments of unemployed homeless people under highway overpasses, no tractor blockades in Beijing, and no elections that could have allowed dissatisfied peasants to vote the communist party out of power. The Chinese army did not have to be called out to quell riots or uprisings.

In explaining "deep reforms," Minister Tang argued that rural land institutions and policy design cannot be made on the basis of economic accounts. Minister Tang promised that a "new round of agricultural reform" in this year's "Document No. 1" and 14th 5-year plan will retain relations between rural people and land as the main line and focus on engaging small farmers with modern agriculture and industry chains.

This year's "Document No. 1" calls for extending rural families' land contracts another 30 years  and emphasizes that family farms and farmer cooperatives will be the main actors in agriculture. The Document calls for a program to nurture new "family farmers" and another initiative to strengthen farmer cooperatives. "Dragon head enterprises" are to engage in innovation and be strengthened as well, and the Document calls for diverse types of new farming businesses. But the Document also recommends that companies remain in cities and towns while letting small farmers gain a greater share of industry value added.

In a separate Q&A on "Document No. 1", another rural official explained that it has taken years of work (about 10 years by my count) to issue certificates for 1.5 billion mu (100 million hectares) of collective farmland to 200 million rural households. That's half a hectare (1.25 acres) per family. If the land could be rented out for farming, the cash flow from the average landholding at current farmland rents would be about $330 per year; let's call it $1 per day (which happens to be China's poverty line in declaring its victory over absolute poverty).

The official explained that another task on the "reform" agenda is to verify the identity of collective members, that is, villages need to determine who on the list of hundreds of families--many of whom have some or all members living and working elsewhere part or all of the year--is eligible to be a shareholder in village collective businesses. Also on the agenda is experimentation with new types of collective business organizations. Bottom line: after 70 years running the countryside, the Chinese communist party is still in the initial stages of figuring out how to make their collective organizations functional entities.

The Document allows for only tentative steps to release peasants from their chains to the countryside. It calls for extending official urban residence status (城镇户口) only to rural residents who have worked for an extended time in small cities on an experimental basis.

Progress in moving rural laborers to nonfarm jobs had already slowed to a trickle; then it was slammed into reverse last year. In 2020 the number of rural people working in nonfarm jobs (农民工) fell by more than 5 million. Growth in jobs for rural people had been marginal in 2018 and 2019, but this was the first decline since the numbers have been reported. The plunge in rural workers' employment at the peak of the pandemic was even bigger than the "over 30 million" cited by Minister Tang. According to the National Bureau of Statistics, at the end of February the number of rural people employed was down 54 million from the previous year. In March 2020 the unemployment rate for people with rural residence status peaked at 6.7 percent, a record high according to the Bureau. But the I calculate the 54-million year-on-year decline in employment in February equaled 18.6 percent of the rural nonfarm employment number the Bureau reported in 2019.

China's focus during the COVID crisis was on creating jobs for new college grads and other urban people while sending rural people back to work rice paddies. While jobs for rural people were falling during 2020, urban employment rose by nearly 12 million. The Statistics Bureau reported that the urban unemployment rate peaked at 6.2 percent in February and fell to 5.2 percent in December.

Statistics demonstrate that China's agricultural sector does indeed act as a reservoir of surplus labor with low productivity. Agriculture accounts for 25 percent of China's employment, produces just 7 percent of GDP, and receives less than 3 percent of fixed asset investment. These statistics explain worries hidden behind the crowing of Chinese leaders about "decisive victory" over rural poverty and the rural building program that is the top line of this year's "Document Number 1." 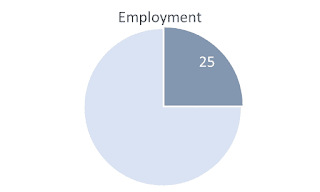 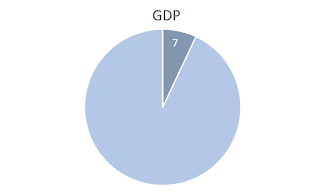 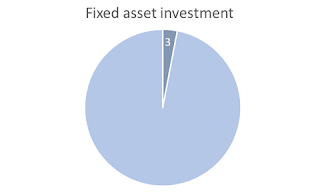 "China's leaders want to create modern scaled-up farms but they also want to keep peasants permanently tethered to their tiny plots of land through "collective" ownership”.?

That's 100% wrong. China has found endless, ingenious ways to peasants to have the cake and eat it, too.

They can monetize their plots without surrendering ownership, as millions have done. They can collectivize them, too. Nobody is stuck on land who doesn't want to be there.