China seems to be stoking food safety hysteria to undermine the dominant position of multinational fast food chains. The news media reports of use of chicken past its use-by date by Shanghai Husi (福喜) focus attention on the fast food chains it supplied such as McDonalds, KFC and Burger King, deflecting attention from pervasive problems in the broader domestic food supply.

China's latest food safety scandal broke on July 20 when Dragon TV network aired hidden camera footage showing alleged use of meat past its use-by date at a Husi Company plant. The scandal was prompted by broader concerns about meat safety, but the media's focus on multinational food service chains is allowing other perpetrators to stay out of the spotlight of scrutiny.

Virtually none of the media coverage acknowledges that the TV footage appeared five days after the China Food and Drug Administration ordered local authorities nationwide to carry out a special campaign to crack down on meat-related food safety abuses. According to the document, the order was prompted by rising public concerns about a rebound in illegal behavior related to meat production and concerns about spoilage during hot and humid summer weather. The document also raised concerns about rising illegal imports of meat and counterfeit Islamic (halal) beef and mutton which harms minority groups and threatens social harmony. Local authorities were ordered to carefully check processing plants, cold storage facilities, markets, supermarkets and food service establishments.

With hundreds of local food safety authorities carrying out careful inspections, how is it that problems were discovered in a single company by a TV network's hidden camera footage? The thousands of officials combing the country for meat problems--prompted by widespread concern over nasty and counterfeit meat--didn't find any other problems?

On July 21, after the scandal broke, China's FDA ordered another careful check, this time concentrating on the companies on Hushi's customer list, all of them "foreign" chains. The 21st Century Business News reports that Sichuan, for example, is investigating "112 KFC restaurants, 40 Pizza Huts, 49 McDonalds, 202 Dicos, and 96 others that include Starbucks and 7-11." 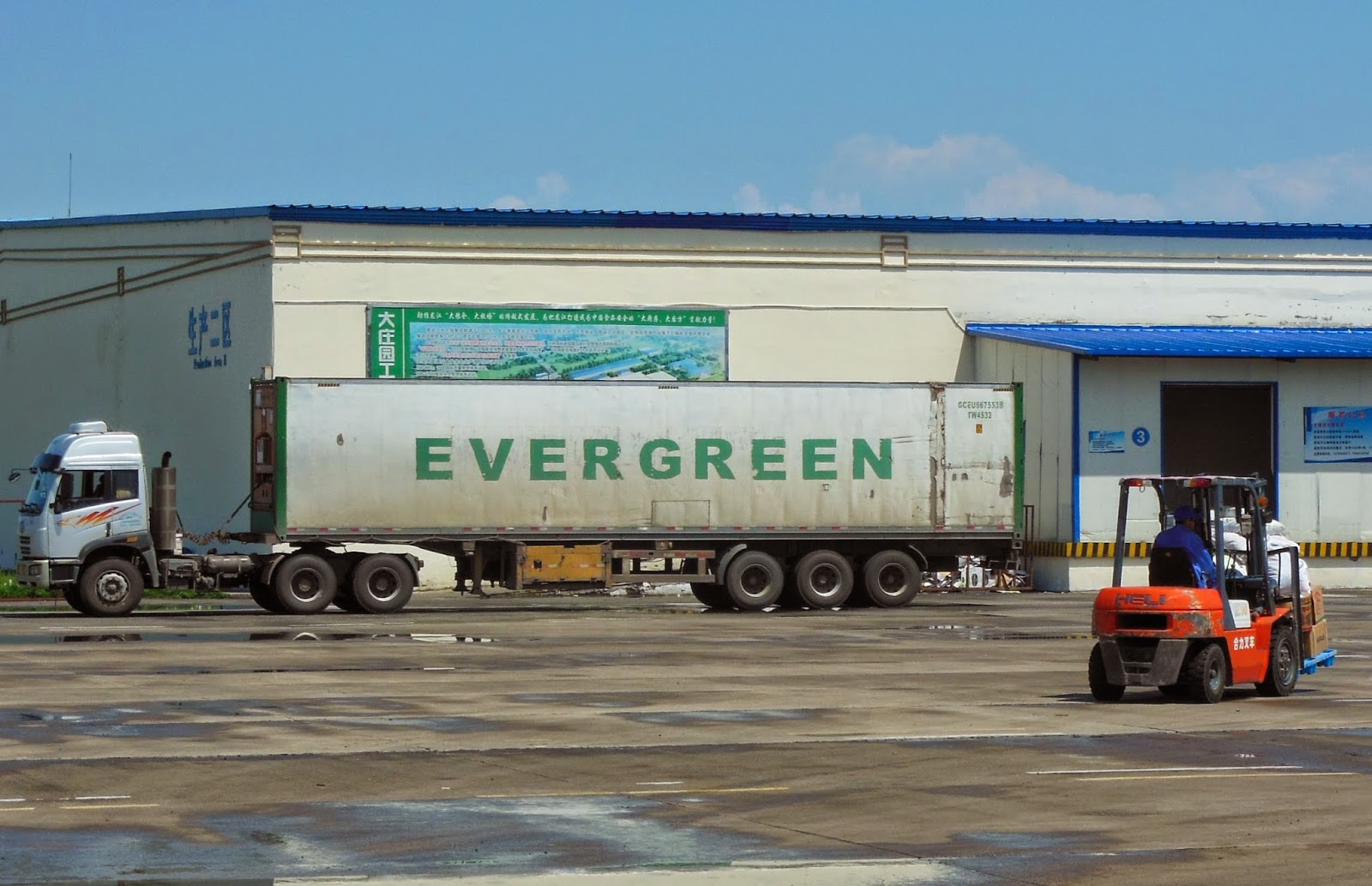 A truck delivers imported meat to a processor in northeastern China

An opinion piece in the Guangzhou Daily develops the imported frozen meat safety canard more fully, reasoning that meat shipped across the ocean is likely to surpass its sell-by date. Moreover, the Guangzhou Daily author alleges that "U.S. inspectors find a certain proportion of bad meat, some of which they send to China." He cites Japan's toxic gyoza incident during the last decade as a warning, but he neglects to tell readers that the bad gyoza came from China. The Guangzhou Daily author intones, "If we don't pay attention as soon as possible, there could be even more incidents."

Already, China is imposing onerous food safety requirements on imported meats that are already produced in a much more carefully managed system than China's domestic meat. The requirements are burdensome, costly and surely far exceed the negligible risk-reduction achieved. Moreover, any risk reduction from the extremely strict requirements imposed on exporters is undermined by poor management in the supply chain after product reaches China.

Consider the following photos from an agricultural product wholesale market in a northeastern provincial capital in June 2014 (shortly before the Chinese FDA's order was issued).

Most Chinese pork is sold from chunks of meat displayed on a counter (below). This wholesale vendor says she sells about a dozen carcasses a day. She has a freezer at the back of her stall, but meat is out in the open for extended periods of time. The Guangzhou Daily commentator suggests that this "fresh" meat is safer than imported frozen meat. 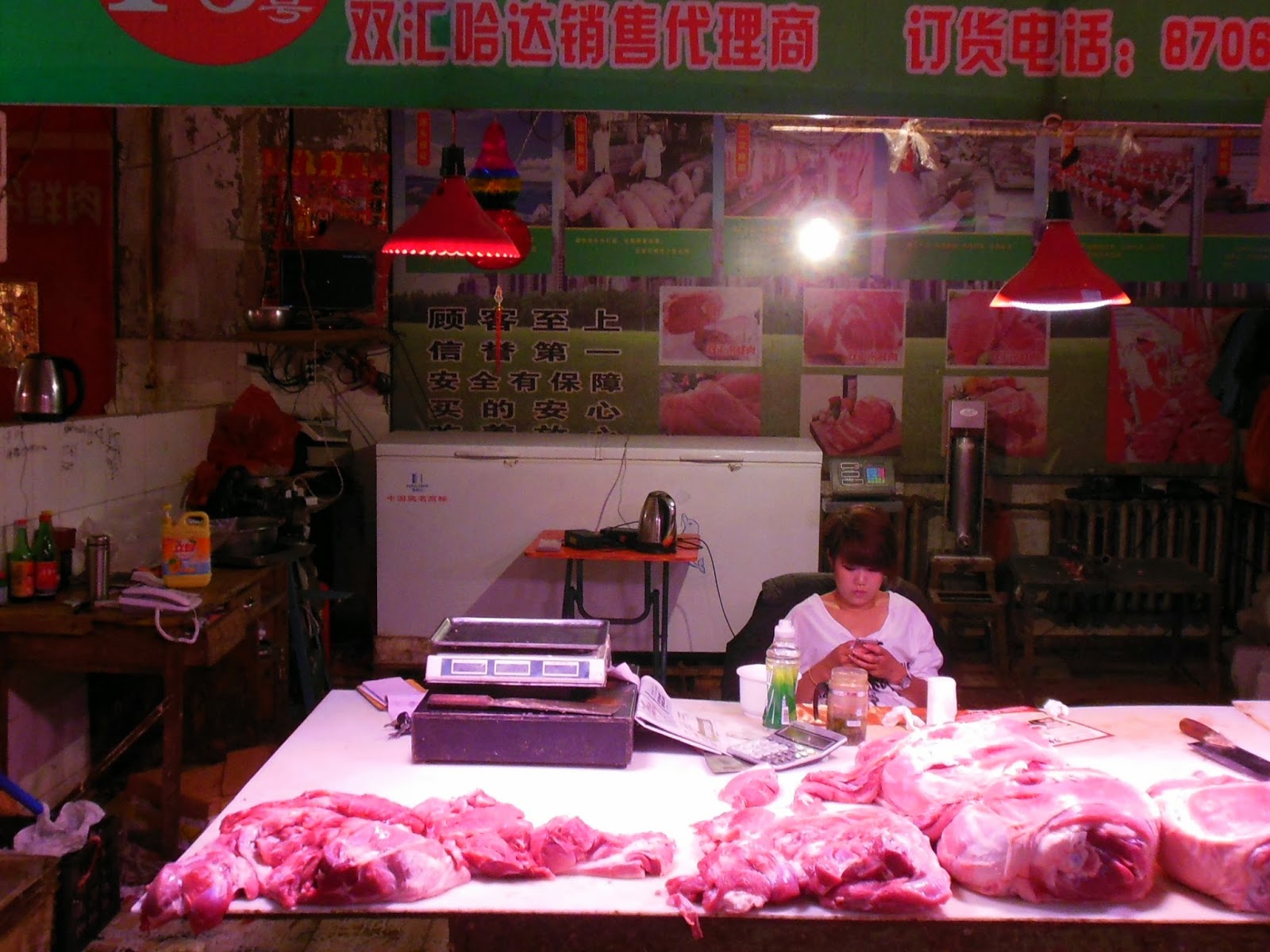 The tile floors and walls in the meat and seafood section of the market were filthy. This motorcycle is loaded with bags of pork ribs in plastic bags to his restaurant or retail counter. 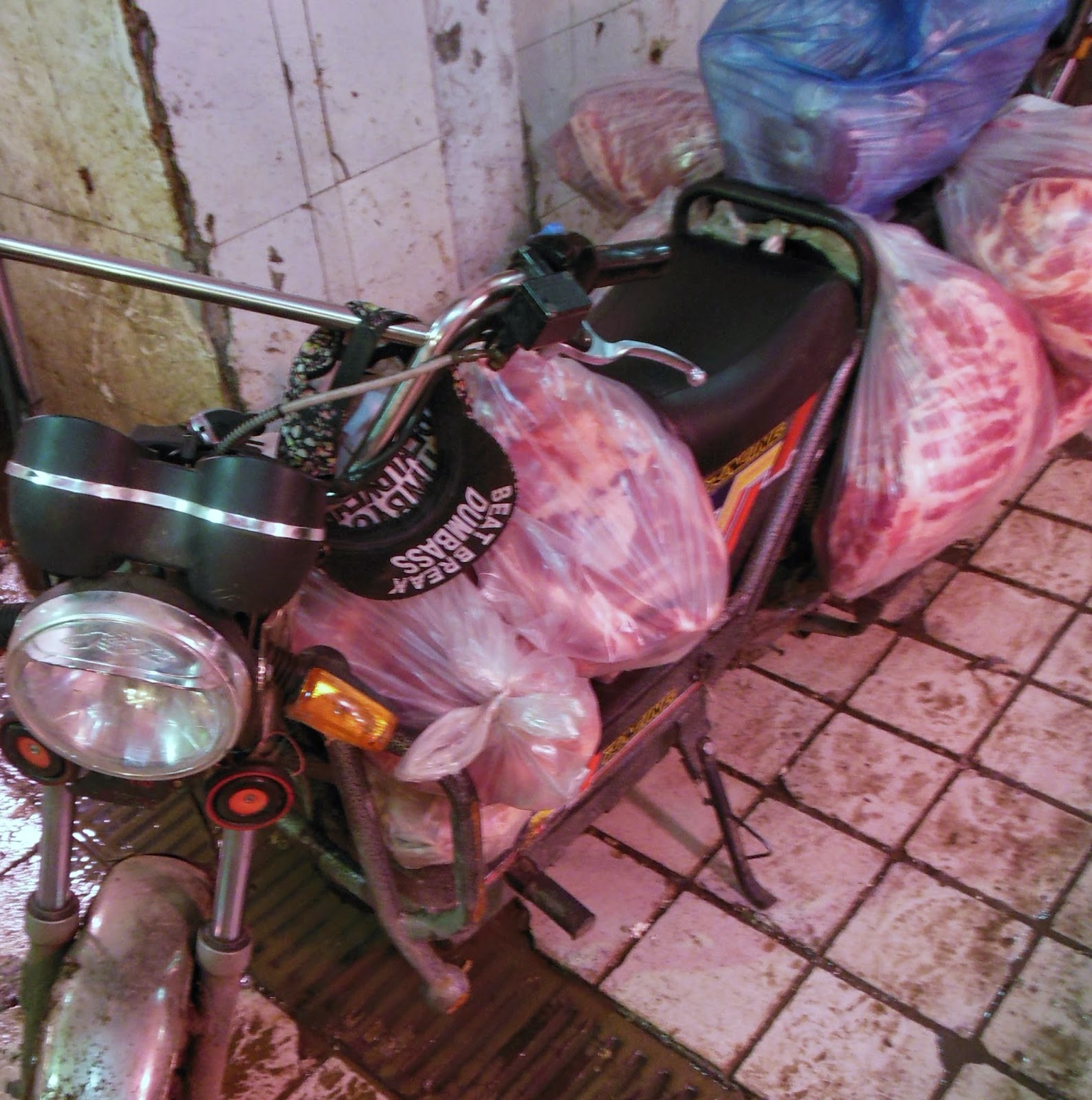 Nearly all products in the market were domestic, but one counter had a few boxes of imported pork products from the United States and the Netherlands. The box of pork kidneys shown below bears a sticker showing that USDA approved the product for export--a requirement of the Chinese government. It also bears a bar code which no domestic products in the market had. 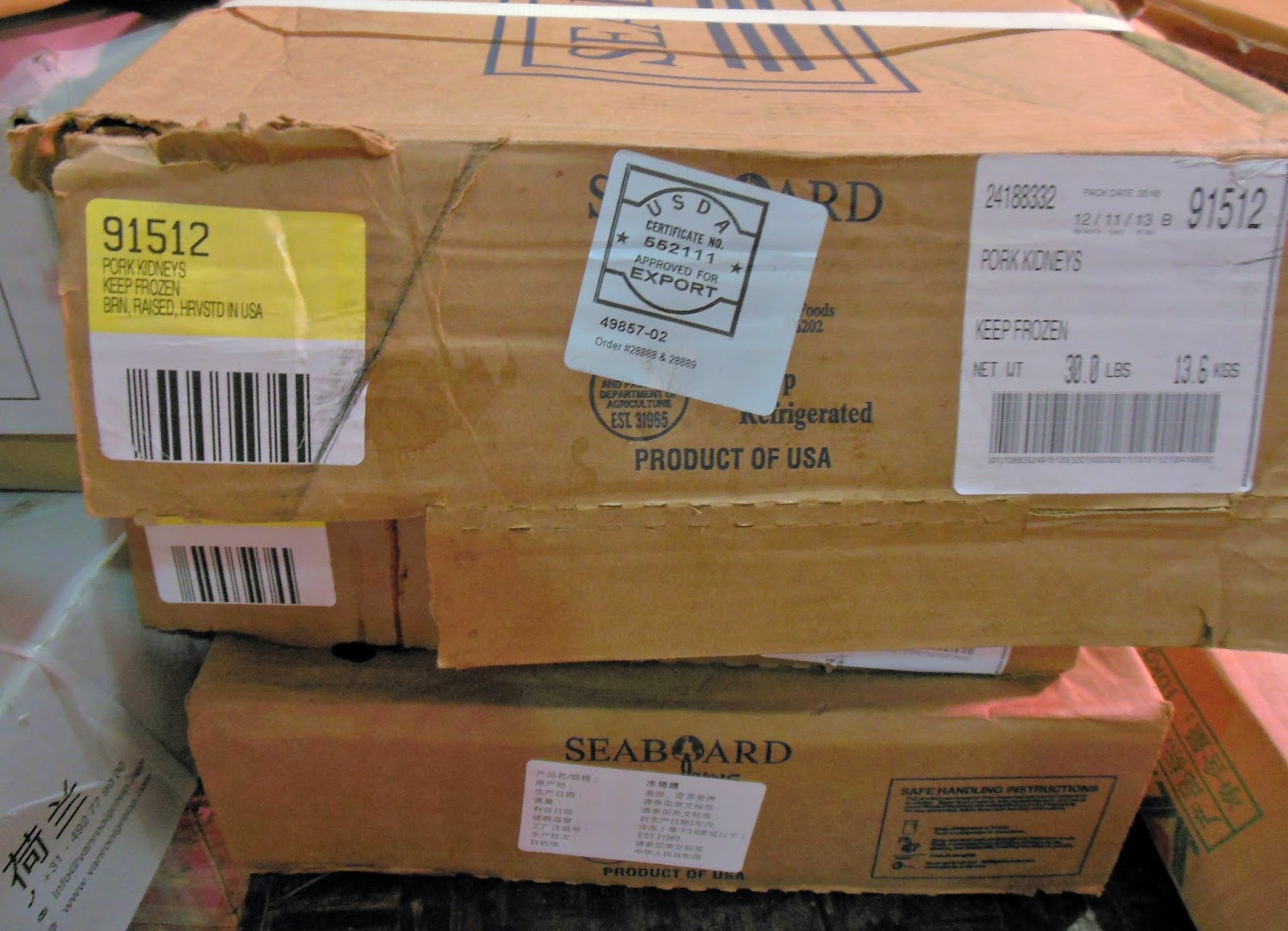 More importantly, the box has two stickers that say "keep frozen." However, these boxes appeared to have been on the counter at room temperature for some time. It's wasteful to demand that foreign suppliers take costly measures to reduce the purported risk of their products if greater risks are introduced by poor management after the product arrives in China. Imposing excessive certification requirements on foreign exporters induces many of them to abandon sales to the Chinese market. The few remaining foreign suppliers can demand higher prices from Chinese customers. This reduces the supply of meat to Chinese consumers, raises prices and forces them to consume risky meat from dodgy domestic suppliers.

But since when do Chinese officials care about the interests of Chinese consumers?

I am producer and exporter of dried sea cucumber from Spain and South America. In this moment I am exporting from Spain to Canada, Mexico, Japon, China Continental and Hong Kong. 100% Fishing wild waters (WILD) and with soft body and with soft texture. Very pleasant odor and free of salt or sand and without lime, do not have any rest inside, so it’s a totally ready to rehydrate and used. https://driedseacucumber.weebly.com